The Briggs Animal: The Newest Engine from Briggs and Stratton

The Briggs Animal was designed in 2005 because of the limit racers reached with the previous Raptor Engine.

It's design is based off Briggs and Stratton generator engines. It is a single cylinder, four cycle overhead valve engine built stock at a base 6.5 horsepower.

Once it is "blueprinted" (term for being tuned and modified by Race Engine Builders to the most the rules allow) they can put out 12-14 HP. 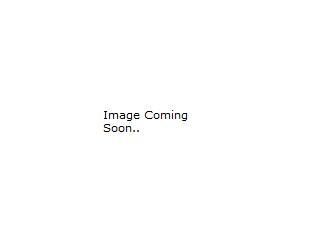 Unlike the raptor, the head of the engine is on an angle pointing to the rear of the kart. Also the fuel tank is seperate from the engine, and usually placed between the drivers legs underneath the steering wheel.

Most run a curved pipe to help with performance and are required to run a muffler on the end of the pipe to keep sound down.

What does this thing run off of?

The Animal Engine runs on Methanol, like most other Race Kart Engines. It's a safer fuel to use than gasoline, it doesn't "explode" when caught on fire like gasoline.

They use synthetic oil that comes in various colors. Usually the colors dictate what type of oil it is. Your engine builder will recommend the best oil for you to use.

Jr. classes run the animal too.

The difference is the color coded plate between the carburetor and the engine.

These plates, purple(smallest), blue, and black(biggest) restrict fuel into the engine, thereby slowing the engine down to different degrees.

Briggs was smart with the Animal. They made it more efficient, and more reliable. Now instead of engine rebuilds (getting it freshened up by your engine guy) 4-5 times a year, the Animal will last you a whole year if you take care of it.

The fastest Briggs Animal is the Modified class. It's basically like an "open" class. (very few rules, basically modify the motor to your hearts extent but keeping everything intact) These have been shown to put out 22-24 HP rebuilt in this fashion. If your a need for speed type of person you would want to race this class.

Back to Kart Engines from Briggs Animal

Back to Karting Home from Briggs Animal